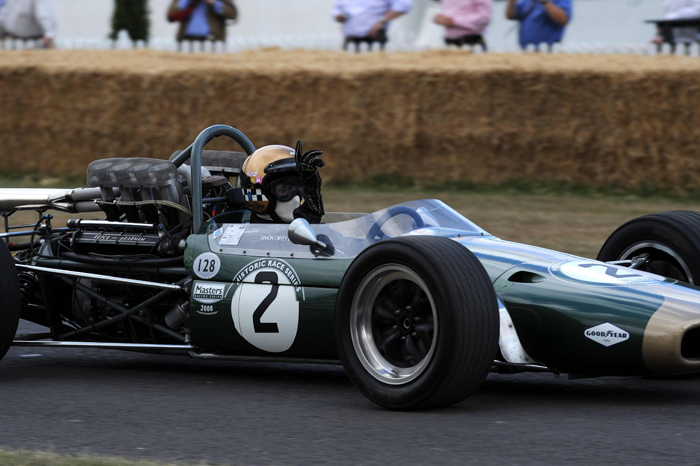 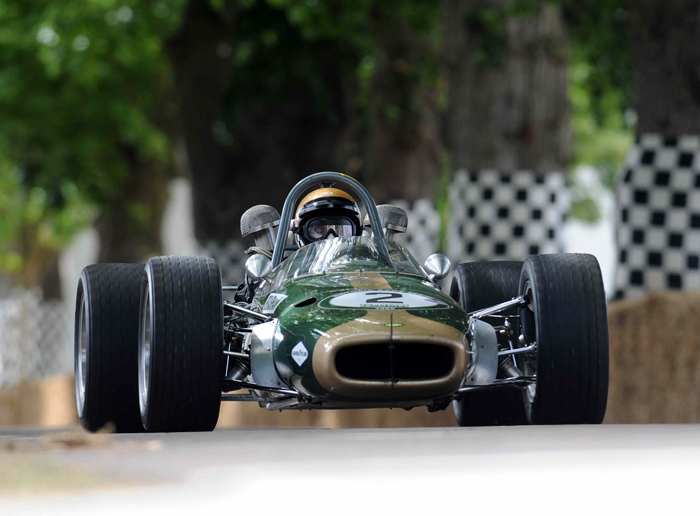 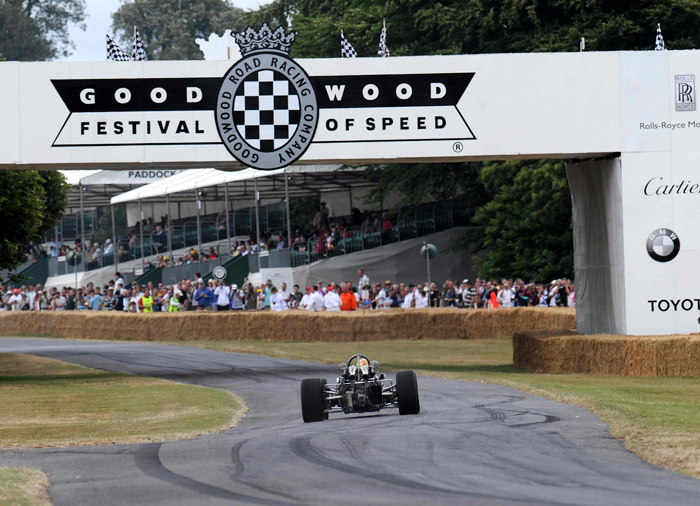 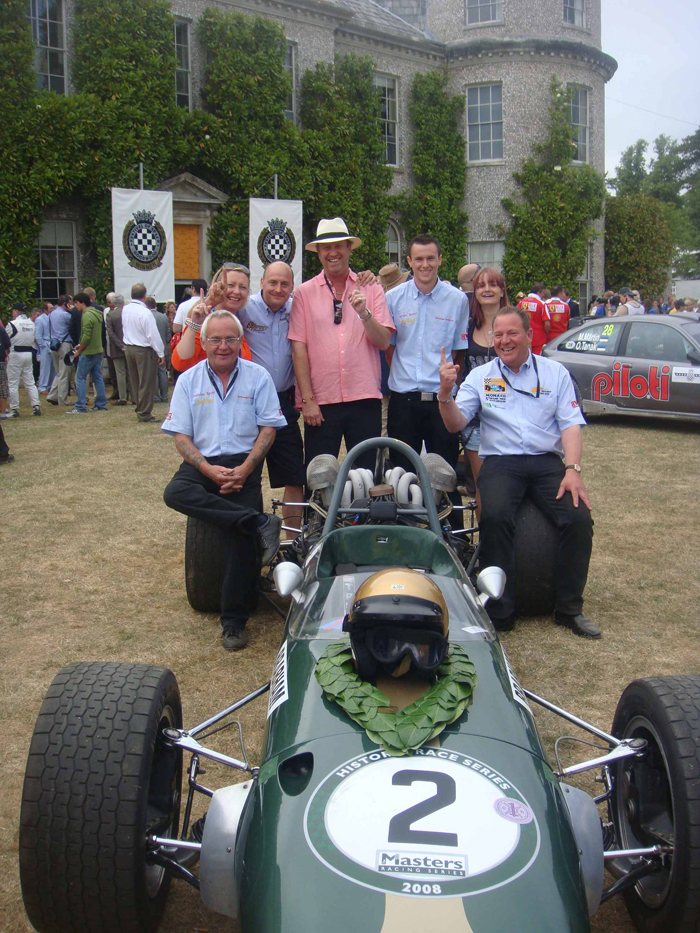 I Won the pre 1970 formula one class and was 6th fastest over all with a climb of 55 seconds and 126mph terminal as I was just changing into 5th gear across the line. 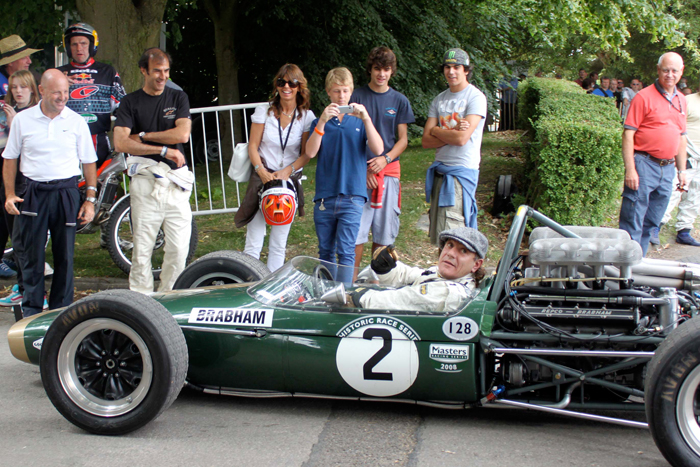 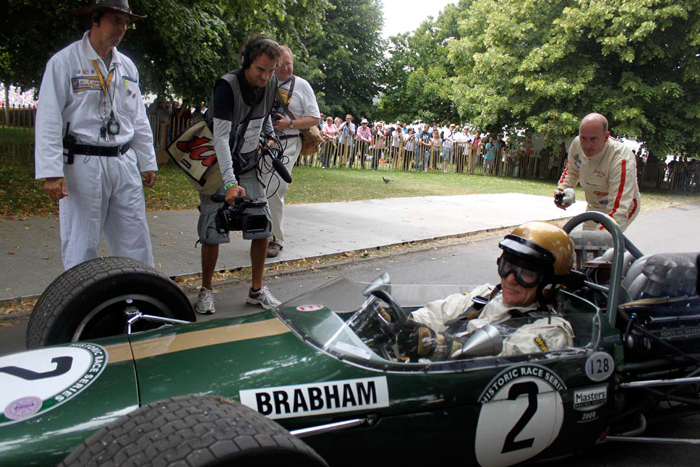 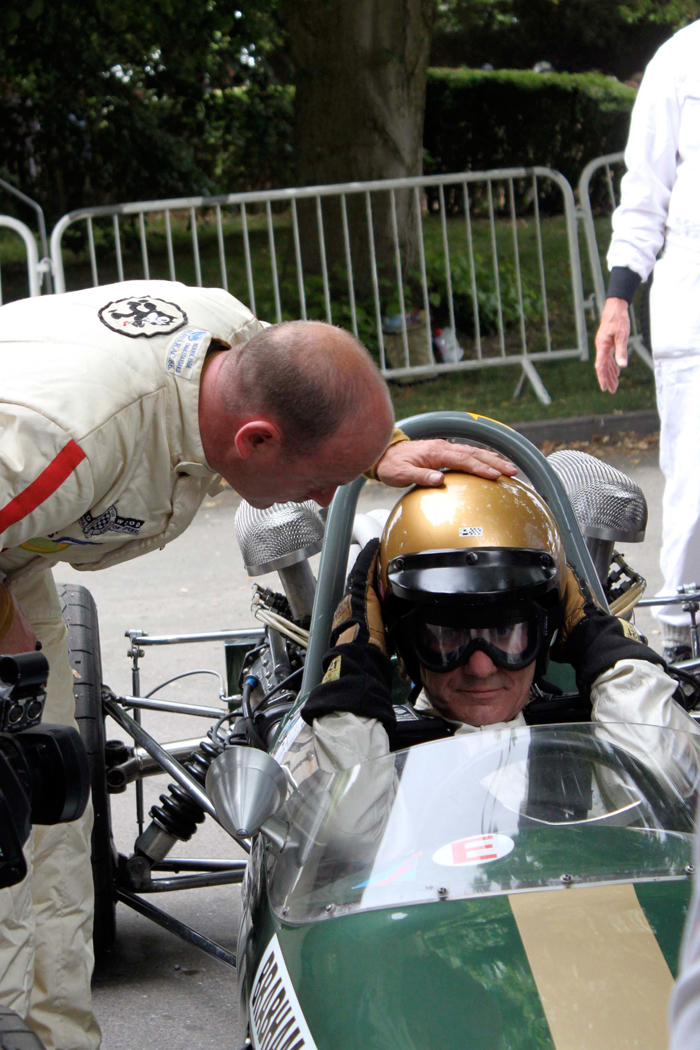 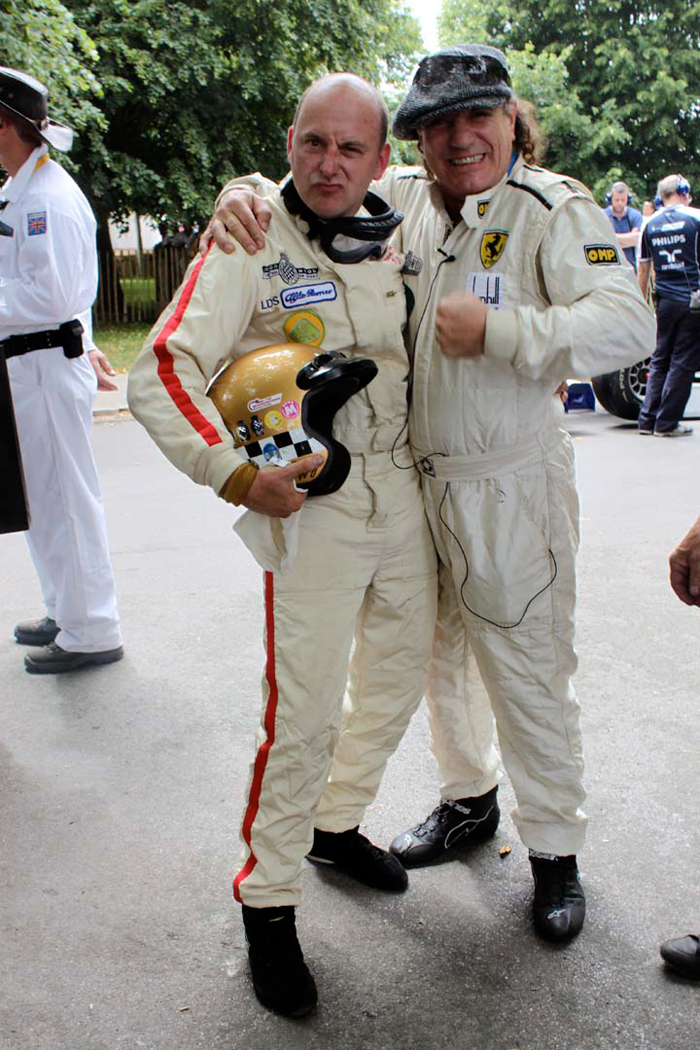 On the Friday 2nd July at the Festival of Speed, I met up with racing chum and lead singer of AC/DC Brian Johnson who was over from the states to spectate, but itching to try the hill climb, so after a bit of rushing around, I borrowed Lord March’s spare overall and Brian got his foot hard down during the lunch break! 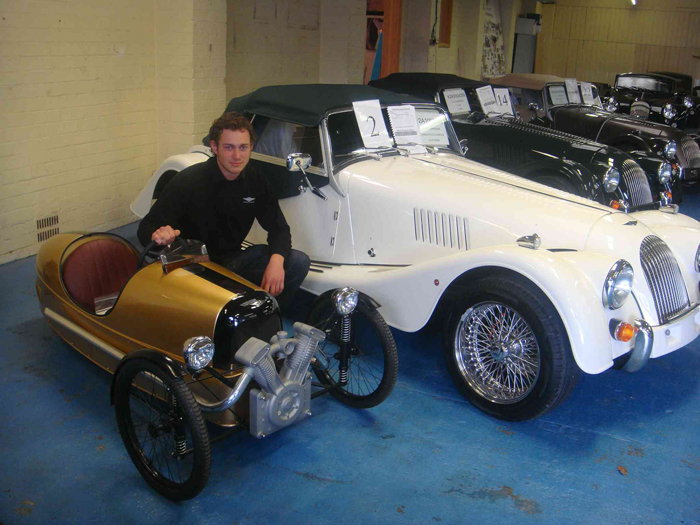 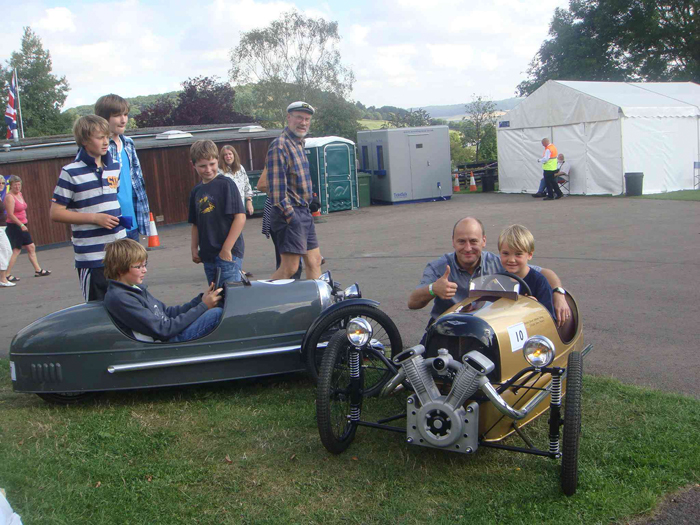 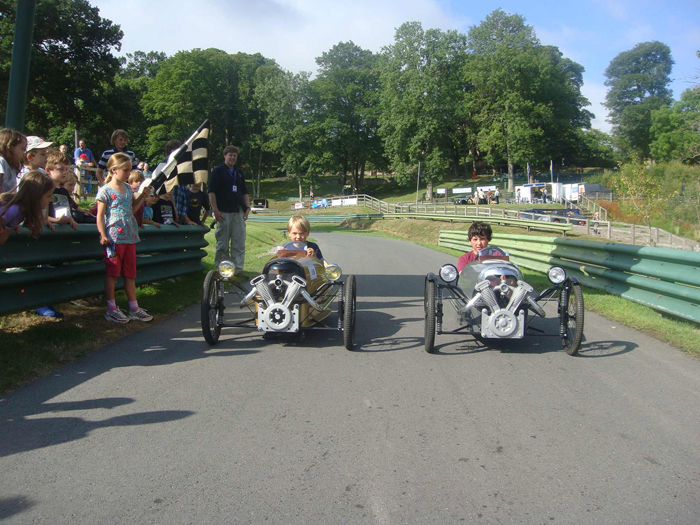 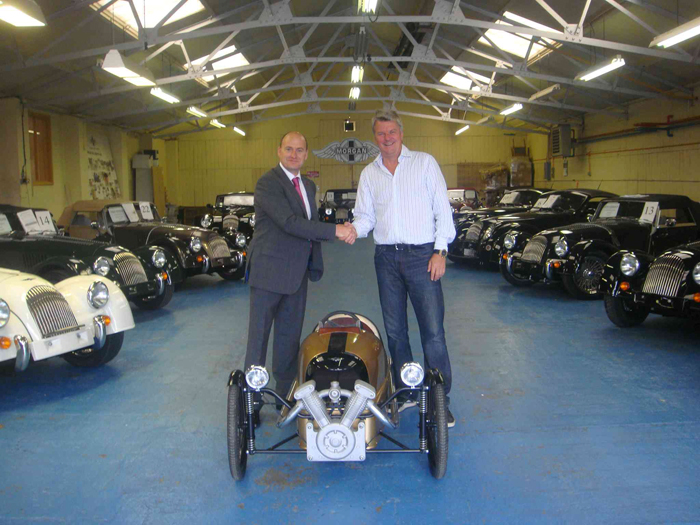 On Wednesday 4th July Simon Diffey took delivery of his Morgan Pedal Car chassis No 117 from designer Jon Wells who dubbed the car “ Mog Rod’ due to the Diffey Brothers Racing team colours of Gold with a Black stripe.

The car was immediately entered it for the following weekend at the Vintage Sports Car Club’s Prescott Hill Climb in the Children’s Pedal car class.

Diffey said “ Only minor preparation was required to ready this production model for its first competitive outing. I was lucky that works driver, 7 year old, Johnnie Tarring was available at short notice and to achieve a 2nd place straight out the box is a testament to driver and machine”

From a grid of 22 vehicles including a series 1 Land Rover the Mog Rod was only narrowly beaten by Archie Collings driving a 1920 Zust, third place went to Morgan team mate Louis Parkin driving the grey Morgan protoype chassis No 001. 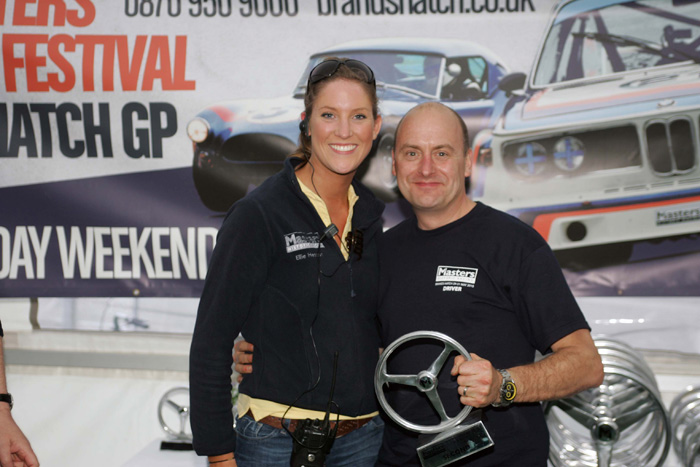 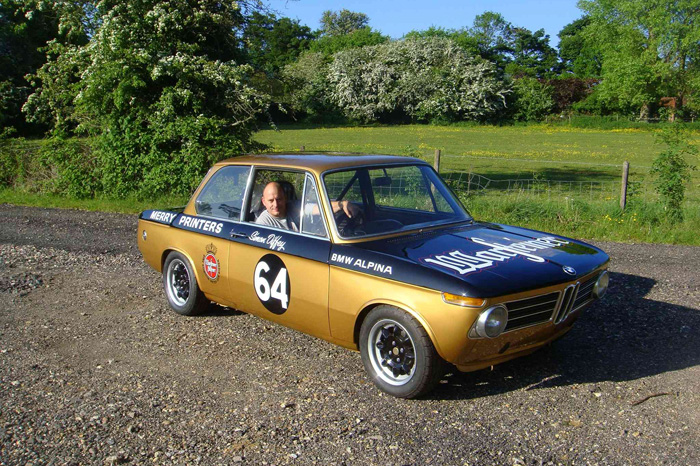 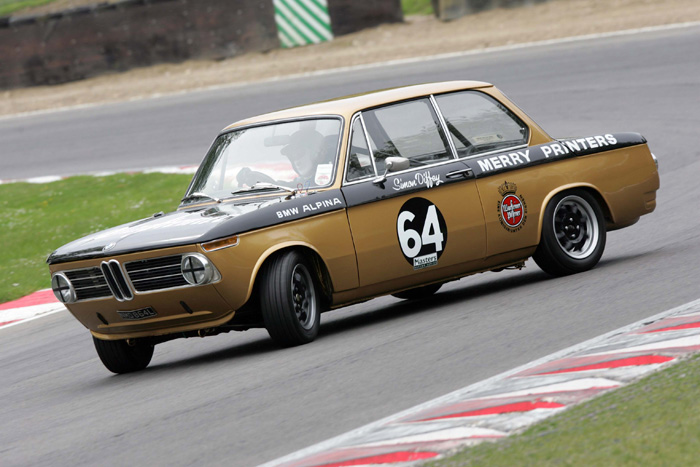 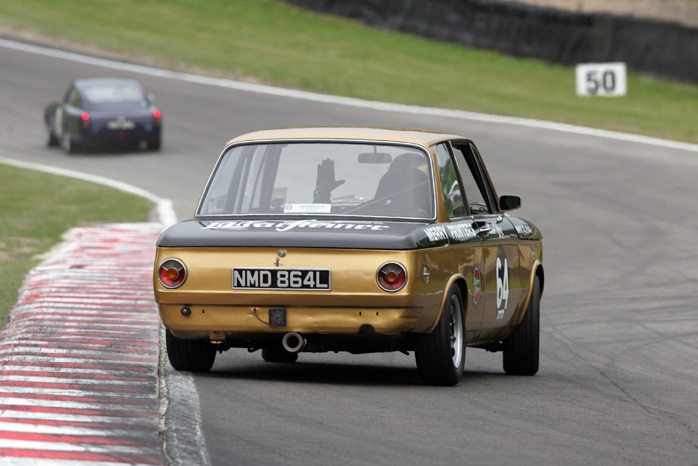 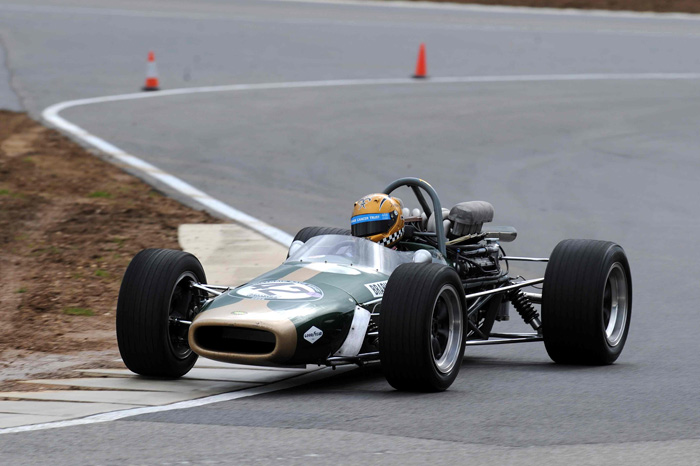 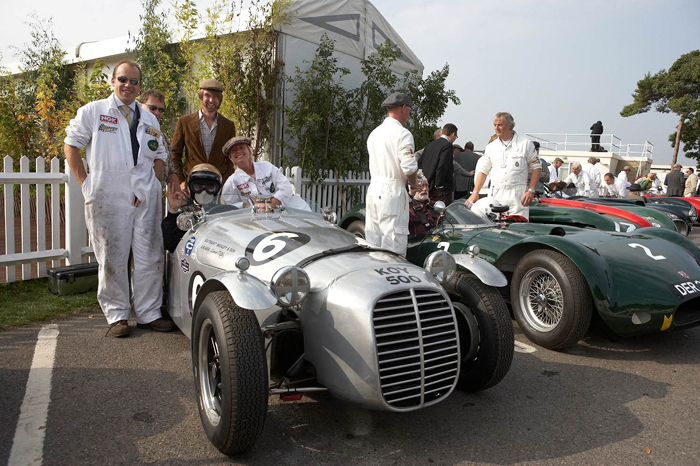 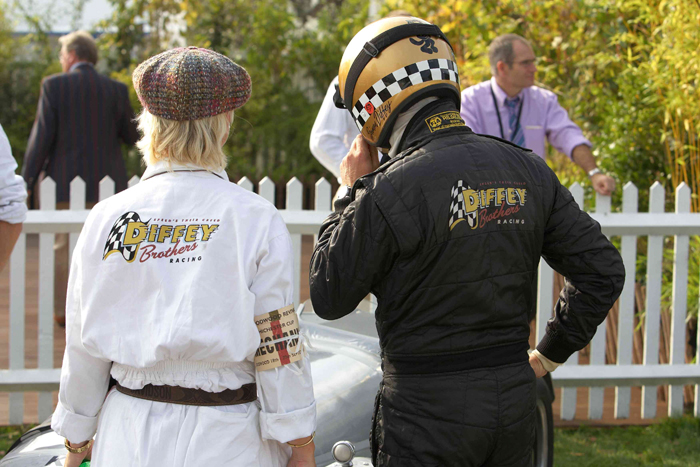 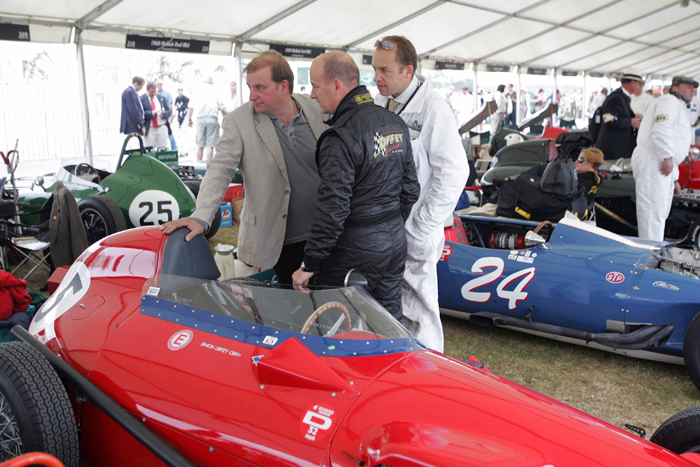 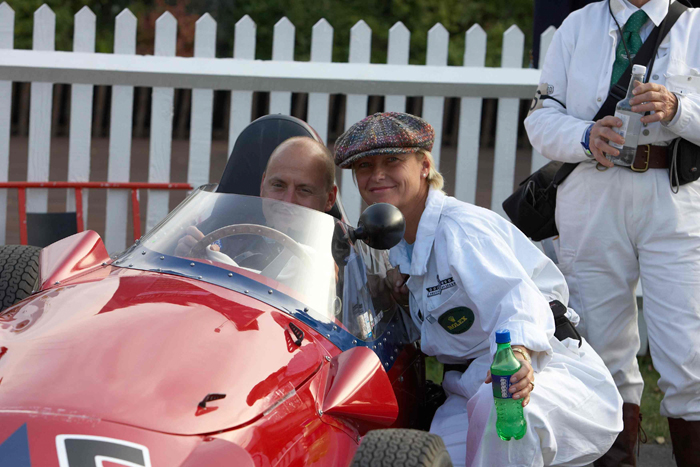 At this years Goodwood Revival Simon drove the red Stanguellini to 9th place, pleasing owner Ian Wade as they were the 2nd italian car home in the Chichester Cup. 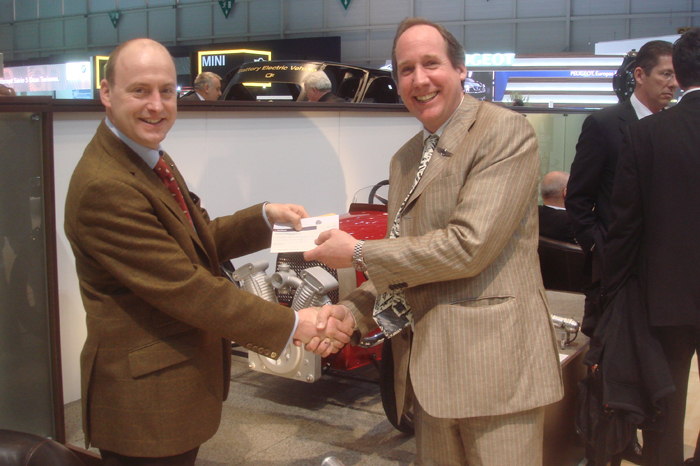 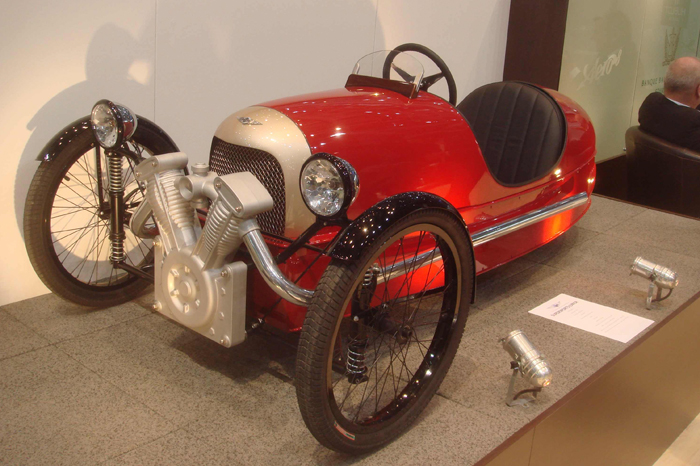 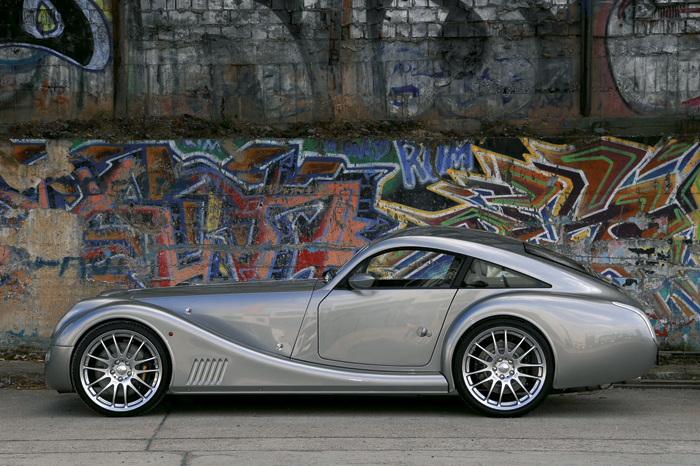 At this years Geneva Motor show Simon Diffey was the first to place an order for a Morgan with Managing Director Matthew Parkin. The new model is a half scale childs pedal car, built at the factory, “ Well, I thought I would start at the bottom end of the power range and build up to the new 320bhp Areo Max!” said Diffey.